In the spring of 2013, I sent an email to my clients and colleagues about my opposition to AB 272, which is a bill in California proposing the age that puppies get their first rabies vaccination be changed from four months to three months. (Many responded and wrote their Assembly representative voicing their opposition — so thank you for that!)

One of the people I wrote to was Amy Shojai, who has written several books as well as being a renowned columnist for many Internet sites. She asked me to write a 1,000-word article about the bill. But, as many of you (well) know, I can’t do anything in 1,000 words! This turned into a huge article.

Here’s what Amy said: “I recently invited my colleague Caryl Wolff to write a guest article after she expressed interest and concern about a proposed change to rabies laws in California. From one article, the research evolved into a huge amount of investigation and interviews that eventually resulted in a series of articles covering the subject. Today, I’m turning over the blog to Caryl for her introduction to this very interesting rabies vaccination series. Take it away, Caryl!”

How did this article come about?

In 2013 in one of the dog-related newsletters I read, there was an interview between Dr. Karen Becker and Dr. Jean Dodds regarding a proposed bill in the California legislature, ABA 272, which would change the law requiring puppies’ getting their initial rabies vaccines from four months to three months.

I began posting on many of the lists I belong to urging people to contact their representative to vote against this bill because my gut reaction was that this was a bad idea.   One of the comments I received was from Dr. Linda Breitman who suggested that I read scientifically proven data.  Then I wrote to Dr. Dodds and the Rabies Challenge Fund.  Dr. Dodds was traveling, so the co-trustee Kris Christine answered my initial questions.  I next wrote both Dr. Breitman and Dr. Dodds and then asked follow-up questions based on their answers.  This correspondence follows.

I also contacted several people whose newsletters I receive, including Amy Shojai who asked me to write a 600-1000 word article about vaccines.  In doing research, I realized that there was no way I could do this subject justice in 1000 words.  You’ll see why as you read further.

As I said, my gut reaction was lowering the vaccine age was a bad idea, but I did not know enough facts to make that judgment, let alone write about it.   So I decided to investigate and learn more about vaccines in general, the rabies vaccine in particular, and the reason why the bill was introduced.  But before learning about vaccines, I had to learn medical terminology, so that’s where we start.

I’m currently a dog trainer and behavior consultant.  The information in this article is not something I deal with on a daily basis. The more I read and researched, the more I discovered what I don’t know.  Let me explain.

I used to be a court reporter, and my job was to record testimony about many different fields that I knew nothing about.  Even though the people were speaking English (which I definitely could understand), each field had its own vocabulary – the vocabulary of a neuroscientist was vastly different than that of an auto mechanic.  To produce a good transcript, I didn’t have to understand what they were saying; I only had to get the words right and spelled correctly.

Vaccinations is a subject I’ve never even thought about other than knowing basically what they are and knowing there is a controversy about them.  In researching this article, I discovered that I was doing virtually the same thing as I was doing as a court reporter – taking down the words without knowing the meanings.

There are some words that I use and kind of know the meaning and words that I hear but which are not pertinent at the time so I really don’t care what they mean at that moment.  For example, I’ve heard the word “virus” a lot and knew that it wasn’t a good thing if I had one without really knowing why, but it’s not every day that that I hear the word “adjuvant,” and I definitely did not care what it meant until I started writing this article.  So if this is happening with me, then it has to be happening with other people.

What follows is a very simplistic discussion of the disease process specifically relating it to vaccines for “family dogs” (as opposed to those that are kept in shelters or rescues) but using some human examples so I can get it straight in my head.

Disclaimer: This article is for information only. It does not replace a consultation with a dog trainer, dog behavior consultant, or veterinarian and may not be used to diagnose or treat any conditions in your dog. 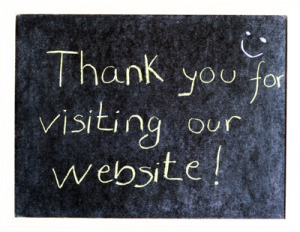